We can not choose our families but yes we can choose our partners. sadly we are witnessing an increase in failed relationships. In the past relationships used to work for a longer period compared to today. The filing of divorce or separation-related cases is increasing with every passing day. One wonders why we are witnessing this trend internationally as it is not restricted to some regions.

In previous decades, youngsters were supposed to obey every order of elders without questioning anything. You are educated having the best degrees in the world but you cannot choose or dare to choose your partner. It is the sole responsibility of your parents to see spouse for you. And without any objection, you will say yes and live with that person till your last breath. Even if it was mismatched, you were supposed to accept it wholeheartedly.

For women, there was no concept of coming back to their paternal family due to failure in marriage. But now things are different. Here, those mothers who suffered a lot in past are empowering their daughters by giving them the right to education. Male members are also playing a helping role in case of failure. This family support has changed the scenario. Where it was expected for a woman to leave her husband’s home after being dead is now leaving it alive.

There are many awareness-related campaigns on social media to educate families and society about not leaving their daughters at the mercy of others. In a few societies, things are still the same due to patriarchal culture. Those with some kind of awareness now believe that instead of forcing their daughters to live with a beast it’s better to let her come in. We need more families like this.

Sometimes when families do not support their daughters it ends up in suicide or sometimes murder by in-laws. Recently there was a social media post which was demanding justice for their dead sister, who was brutally murdered by her husband. He stabbed her seven times with a knife before sliting her throat. Eyewitnesses said that the room was filled with blood while she tried to save herself. Due to her screams neighbors called the police and before police could arrive, her husband and in-laws escaped in their car and took her three kids with them. They wanted to arrest their brother-in-law and wanted to get custody of her kids.

Daily there are many cases where brutality of in-laws or husbands are killing their daughter in laws and later trying to prove it a suicide. Sometimes, they make things so miserable that one cannot find escape as families are not ready to allow their daughters or sisters to come back. Only solution they find is to hang themselves.

Lack of tolerance is regarded as one leading cause of the high divorce ratio nowadays. Both partners must stay tolerant and not abuse each other. Sometimes life goes difficult for one or both and things take ugly turn. That is the time when if things are sorted out well can make things better.

Greed-based relationships usually do not last long as the only connecting force is not long-term. A greedy partner leaves early after fulfilling his/her desires. Before leaving they make sure to ruin the reputation of other.

A disloyal partner is the ugliest one in the world. We make relationships with love, care, and affection. One leading cause of failure in marriage or relationships is cheating nowadays. We are attracted to someone or something for a shorter period. Due to this shorter span, many lose interest early and start on a new hunt. The building or ruining a relationship needs effort it’s not something that happens accidentally. We can say that disloyalty is a choice, no society or culture accepts it.

An abusive partner makes things worst and difficult to handle. Abuse can be verbal, emotional, or physical, all leave bad footprints. Usually, we are unable to judge another one while not physically living with him/her but after that reality opens up. Families and friends should support their relatives or friends in need of coming out of an abusive relationship. usually, an abuser does not want his/her victim to go out of their control. Professional help and moral support of a loved one can change the situation.

Finances are important for a living, but in a relationship, it gets more important. In many societies, it is the sole responsibility of a male member to provide everything to the female partner. If he is unable to provide her with food and shelter and other basic things, she would leave him. In many cultures both participate equally, If one is unable to play a part for some time it may lead to the end of the relationship.

In west relationships experts are having very important and prominent role in the society. They are helping people in need to differentiate between a loyal and disloyal one. They are teaching techniques and tricks to customers for making things better.

one prominent name is Mark Rosenfeld, he is helping females in understanding the science of a relationship. He is teaching them how to win a man and also how to be high-value women who do not need to chase a man but are chased by him instead. He is also raising awareness about women with help of videos on his youtube channel to figure out red flags and not to invest too much at the start of relation. He has written a book under the title MAKE HIM YOURS; BEATING THE ODDS OF MODERN DATING which can be accessed easily from amazon.

Lack of sexual intimacy ruins relationships. If one partner is not satisfied due to any reason he/she will lose interest in the other one. Age differnce can be one cause or it can happen due to health issues or mental incapability of one parnter. Person having different priorities, unable to manage time togather due to jobs. It can be anything but bad sex life means an end to a marriage or relationship. Eventually it will reuslt in cheating or extra marital affairs.

Marital rape was considered normal in past but now awareness is being provided to couples about it. Some societies still consider it normal but many have raised their voices against it.

same-sex marriages are becoming new normal. In many societies, it is still a taboo but few have started accepting it. Families having issues with it forces their kids to leave their partners. They make it hard for them to live happily. Societal taboos need to be addressed and to find some understandable solution that will be accepted by all.

we make concious effort to come into a realtionship, it can be a live in realtionship which leads to marriage and life long partnership or it can be a marriage first then start of new journey. Investment of emotions, expectations and love is very high intially. We expect it to work really good for us and want to enjoy each and every day of our life. There should be a concious effort for keep it working.

Listening to relationship gurus can be really beneficial in time of need. Marraige counsiling too helps in solving unresolved issues. Stay loyal and loving to your partners, its never outadated and there should be no room for entry of third party. 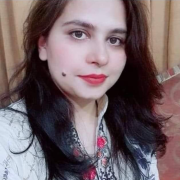 STEM Education in Pakistan - An introduction to STEM system of education