Selena Gomez shares it all in her upcoming documentary, Selena Gomez reveals everything, from her successes to her struggles with mental health. On Monday, October 10, 2022, the documentary’s trailer debuted for the first time.

Apple claims that Alek Keshishian’s documentary, which follows the singer’s rise to fame, will provide a “uniquely raw and intimate” look at Gomez’s life that “spans her six-year journey into a new light.”

Alek Keshishian’s ground-breaking documentary Truth or Dare, released more than three decades ago, shed new light on Madonna, then the biggest pop star of the era.

Singer’s s fans are hoping that it will be as open and honest as its predecessor; Some people have pointed out that the six-year period in question encompasses a few significant occurrences in Selena’s life, such as when she announced that she was bipolar, a kidney transplant to treat lupus, and had to cancel her Revival tour due to mental health issues.

The Title Of Selena Gomez’s Documentary

The title of Selena Gomez’s upcoming documentary is “Me and My Mind”. At the beginning of this year, there were rumors that Selena Gomez would make a documentary, and now that rumor has been confirmed.

An upcoming documentary about Selena Gomez‘s lengthy career was announced by Apple TV+. The documentary will provide fans with a rare and intimate look into the singer’s life.

Compared to its peers, My Mind and Me appear to be deeper and more vulnerable. The director said, according to writer Matt Jacobs’ tweet, “promised it would have more integrity than the other docs of late,” Selena’s opening up about some of her most vulnerable moments, including those about which she hasn’t spoken often, was swiftly met with support from fans.

What The Trailer Reveals About Selena Gomez’s Documentary

On October 10, Selena released the eagerly anticipated trailer for My Mind and Me, which sent the internet into a tailspin. The documentary’s two-minute trailer is the first in-depth look fans have had at the project, and it appears to be an emotional journey.

The candid video gives a close-up look at Selena’s life, showing scenes from her tour life to her struggles with mental health and medicine. Selena Gomez struggles with fame, lupus, mental illness, and a persistent sense that she is not good enough, as shown in the new trailer for the documentary.

The Singer teased the video on Instagram a few days before the trailer was released, writing:I’m a little anxious, but I’m also excited to show you this side of me.

What The Documentary “My Mind and Me” Tells About Singer Life

The singer will document her final six years of life for the first time. The pop star’s life since 2013 will be covered in detail in My Mind & Me, from her personal life to her varied career.

Apple TV+ has teased this in a statement: Selena Gomez achieves unimaginable stardom after years of being in the spotlight. However, she is plunged into darkness by an unanticipated turn just as she reaches a new peak.

“Her six-year journey into a new light is covered in this uniquely raw and intimate documentary,” they wrote. The Disney darling’s career as a singer-songwriter, actress, producer, entrepreneur, and activist will be examined in the project.

On November 4, My Mind & Me will be available on Apple TV+! The film, which took six years to make, includes important moments that were captured by a camera crew as well as footage that Selena herself took.

The Wrap reported that My Mind and Me will premiere on November 2, 2022, at the American Film Institute Festival in Los Angeles. It is an honor for AFI to present “Selena Gomez: “My Mind and Me,’ a film that is both deeply personal and profoundly powerful,” Bob Gazzale, president and CEO of AFI, said. We are honored to collaborate with the pop star, Alek Keshishian, the film’s director, and Apple to highlight her journey in this exquisitely crafted celebration of optimism, hopefulness, and vulnerability “.

On September 8, 2022, the pop star made the official announcement regarding My Mind and Me via an Instagram post. In her caption, the singer of “Calm Down” wrote, “Want to hear a part of my story? My Mind & Me coming soon to @AppleTvPlus.”

Before this, when rumors of documentaries were circulating, Singer’s fans made it a top Twitter trend. On October 10, Super Star shared the full documentary trailer on Instagram, which also featured a brand-new song.

What Super Star said About “My Mind and Me”

After weeks of rumors, the pop star released her documentary on September 8 and wrote when she released the trailer on September 20: “We don’t always get along, and sometimes it’s hard to breathe… But I wouldn’t change my life for the world.

At the beginning of this month, Selena shared a brief, silent teaser on Instagram with her staggering 341 million followers to officially announce the documentary. The video showed a theater screen with a My Mind & Me title card on it.

She shared the post with the caption: “Wanna hear a part of my story…My Mind & Me coming soon to @AppleTvPlus.” In the comments, it’s safe to say that Selenators were very excited.

Throughout her career, Selena, an American singer, and actress has been nominated for numerous awards. She became well-known for playing Alex Russo in the lead role on the Disney Channel series Wizards of Waverly Place from 2007 to 2012, for which she won an ALMA Award, three Teen Choice Awards, and the Gracie Award for Outstanding Female Rising Star in a Comedy Series. She was also up for three NAACP Image Awards and two Young Artist Awards. Additionally, from 2009 to 2013, she won the Kids’ Choice Award for Favorite TV Actress five times. She and Will Smith currently hold the record for the most individual wins at the Kids’ Choice Awards, with 11.

Gomez has been nominated for a Grammy Award and has sold more than 210 million singles and received 45 billion music streams worldwide. Gomez co-stars with Steve Martin and Martin Short in the Emmy-nominated television series “Only Murders in the Building” as Mabel Mora. With her popular HBO Max cooking show “Selena + Chef,” which just got its fourth season, she has also dabbled in the unscripted side. 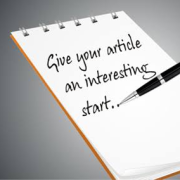 LGBT and Islam. Why is LGBT objectionable in Islam? How to treat dandruff at home. Improve your confidence!